Here we are approaching the end of 2012 so a couple of shots of the car - She has come along way over the 9 years and is bracing herself for further change - more to follow in the next month or so. 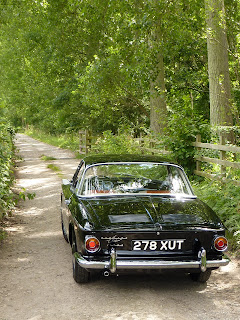 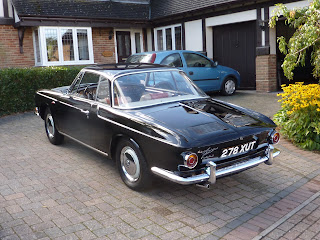 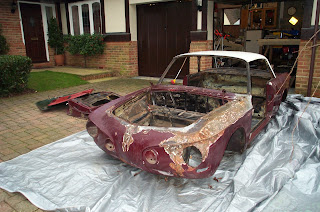 The engine has experienced a small degree of oil leakage from the push rod tubes.  As a reslt I decided to replace them all and to use collapsable ones; the challenge was at the time I wanted them no supplier in the UK had them.  I imported a set from PowerHaus in the US and after mastering how to fit them without damaging the seals the oil leak has been cured.  Here is a photo of the kit supplied (missing one push rod tube which they had to send on). 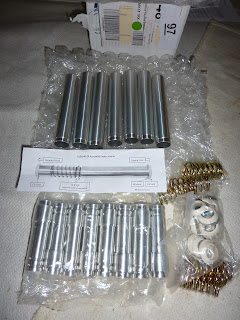 At the same time I stripped back the rear drivers side axle hub; there had been a slight weep from one of the seals due to some trapped Hylamar sealant which had damaged the O ring.  Also now replaced and resolved.
Carsten Klein kindly supplied a replacement window lifter for the rust weakened drivers side window and this has also been replaced.
Finally the points seem to have burnt to an extent after the first 3,000 Km so they and the condensor have also been replaced.
at October 23, 2012 No comments: